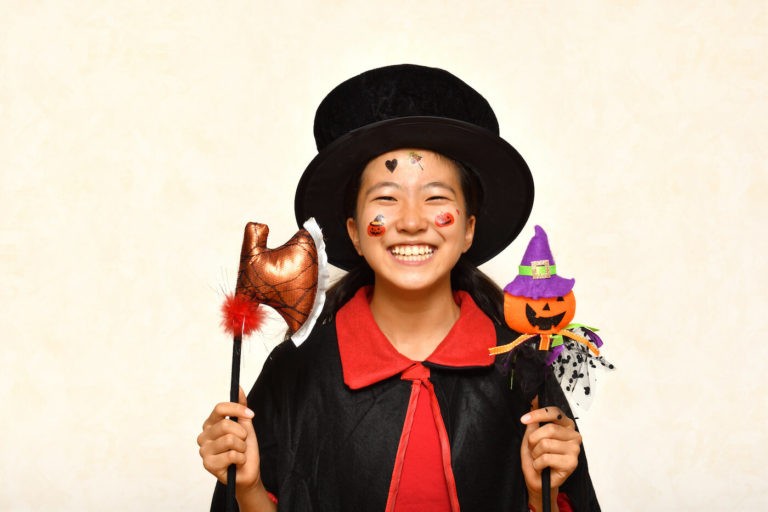 As anyone who has worked with students in the Fall knows, students get very excited about Halloween. You may think that this mainly applies to younger students, but that is not the case.  As a mother of three children (middle school, high school, and college), I can tell you that, in my experience, the older they get, the more they enjoy this time of year.

Here are some great ideas for costumes for high school students (and even their teachers) to wear on Halloween to incorporate historical and literary elements as well as famous historical figures.

This name may not sound very familiar to you: but what about Dr. Jekyll and Mr. Hyde? William Brodie, also known as Deacon Brodie, was a respectable member of society in the mid-to-late 1700s. He was a Scottish cabinet maker and known for his craftsmanship. He also served as a city councilor in Edinburgh. However, Brodie had a secret life of crime. He spent his spare time breaking into houses and other establishments to steal. Some say it was partly for the thrill, and others say it was to fund his gambling habit.

For more literature inspired by historical figures, look no further than Vlad Tepes, better known as Vlad the Impaler. Vlad was Voivode of Wallachia three times between 1448 and his death in 1476. He is considered one of the most influential leaders of Wallachia and became a national hero of Romania. Vlad was called “The Impaler” because he impaled his enemies on stakes in the ground and left them to die.

Vlad Tepes was the second son of Vlad Dracul. Sound familiar? Years later, in 1897, Bram Stoker would use this historical figure as inspiration for his novel, Dracula. This novel spawned a whole new genre of horror books, films, stories, etc., about vampires. Although the character of Dracula is only loosely based on Vlad, it is still intriguing for students to learn that there is an actual historical figure behind the fictional character. This is another great option for a Halloween costume for you or your students.

There is a lot of scary material to work with when you are studying Poe. He was a poem and short story writer and known as a master of the gothic genre, mostly writing horror stories and crime fiction. Poe is even credited with inventing the detective fiction genre in 1841 when he wrote “The Murders in the Rue Morgue.”

Some of his other best known and most frightening works, such as “The Tell-Tale Heart,” “The Pit and the Pendulum,” “The Raven,” “The Fall of the House of Usher,” and “The Cask of Amontillado” would serve as a great literature study around the Halloween season. There would be lots of good ideas for costumes, such as one of the story characters or dressing as Edgar Allen Poe himself!

Shelley is the daughter of William Godwin, philosopher and political writer, and Mary Wollstonecraft, famed feminist writer. However, her writing took a markedly different turn to that of her parents. This English writer is best known for her horror novel, Frankenstein. It is also said that this novel was an early form of science fiction.

Shelley wrote many horror and gothic stories. An author study about her, her life, and her stories would make a great unit to do around Halloween. You are bound to have some great Frankensteins come out of it. It is said that Shelley kept her dead husband’s heart until the day she died, which could be an interesting prop to go along with a costume!

Many well-known historical figures famously lost their heads. So, why not enhance the scary in your room by doing a study on some of history’s most famous executions? Marie Antoinette, Mary Queen of Scots, and Ann Boleyn were all beheaded.

Give students a time frame to research and find out what famous political executions took place during that time. Some students might want to dress as a ghostly version of Marie, Mary, or Ann. Some of your very creative students may come up with a way to have a decapitated costume!

Other Works of Literature

There are many other great, upper-level literary works out there that would be great to study and would serve as an excellent source of inspiration for costumes to you and your students!

Robert Browning tells the story of a man who dearly loves his Porphyria, and she loves him. His devotion to her and admiration of her is seemingly endless. Then, completely unexpectedly and for no apparent reason, the speaker strangles Porphyria with her hair and props her dead body up next to him and continues to show her affection. Pretty creepy!

This story by Daphne du Maurier was the inspiration for Alfred Hitchcock’s movie by the same name. A farmhand, his family, and the community are terrorized and brutally attacked by a flock of birds.

Roald Dahl didn’t just write children’s books; he also loved scary stories. His story The Landlady can be quite spooky, involving a suspicious landlady poisoning and tricking one of her guests.

Instead of just looking forward to Halloween being over because of excited and slightly out-of-control students, embrace it by studying scary history. Students can bring that history back into the classroom with their costumes and share their characters’ stories with the class. This makes a fun Halloween treat for students and teachers in history or literature class; find some scary history and get started!